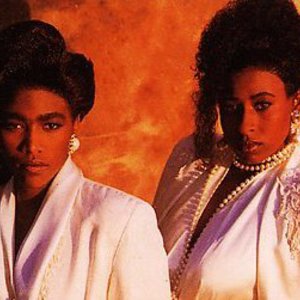 Girl Groups, Hip-hop, Old School, Rap, Where Are They Now

While riding high on his domination of commercial rap in the late '80s and early '90s, MC Hammer branched his empire further by bringing two of his seemingly endless entourage of dancers/stage-hanger-ons into the studio. The result was Oaktown's 357, a female duo some perceived as Hammer's answer to another highly successful female rap team, Salt-N-Pepa. Riding high on Hammer's ever-so-marketable name, the group released Wild & Loose to some commercial success, with "Juicy Gotcha Krazy" and "We Like It" both receiving heavy radio rotation.

But like all good empires in history, this too has an unhappy ending. As Hammer's popularity slid, so did the rest of his entourage. And while the duo released two more records (1991's Fully Loaded and 1992's Fila Treatment), they were never quite able to match the success of the first, and quietly disbanded in 1992.