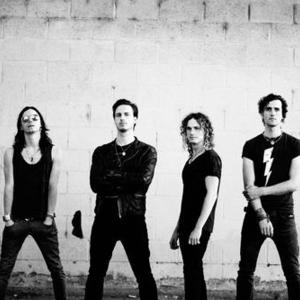 Heaven's Basement are a hard rock band from the UK that are renowned for their heavy touring schedule and high energy live shows. They first performed live in Kettering at The Sawyers venue in April 2008 after a few months of being locked away in a studio writing songs. Since then Heaven's Basement have toured Europe with the likes of Papa Roach, Buckcherry, Bon Jovi, Theory of a Deadman, Shinedown and D' espairsray as well as playing at many festivals such as Bloodstock Open Air, Hard Rock Hell and Sonisphere festivals.

On Thursday 17 February 2011 Heaven's Basement released a statement that Aaron Buchanan would be taking over on lead vocals, and that rhythm guitarist and long time band member Johnny Rocker would be leaving to pursue a more behind-the-scenes career in music. Heaven's Basement stated that they would now, for the foreseeable future, be a four piece.
On the same day, a new song 'Unbreakable' was released which was also revealed to be the title of the band's second EP. Unbreakable is due to be on sale at all upcoming shows on a UK co-headline tour with Jettblack.
The Unbreakable E.P was released on May 5th at the ban'ds first show of the UK headline tour, and later released on Itunes. Following a very successful UK tour Heaven's Basement we're offered an Acoustic slot at Download Festival and Sonisphere festival aswell as a main stage slot at High Voltage festival in London alongside the likes of Judas Priest, Dream Theatre and Slash.