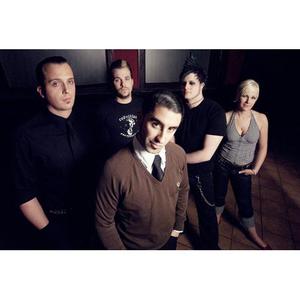 D?sseldorf?s south 1992, two punkrock kids aged 12 decide that they would rather play the music they love instead of just consuming. Even though they are miles away from the breaking of the voice and the talent of their heroes such as the "Sex Pistols", "The Clash" and even the "Toten Hosen", they love playing with a passion - no end in sight. What started with Andi and Sammy back in the days eventually grew with Ines on the bass to become the Oi!-Punk Band BROILERS.

Since their very first 7" release back in 1996, BROILERS popularity keeps growing, they attract members of all underground subcultures from punks to rockabillys, from skinheads to skate kids. Needless to say, this is whats its all about and they are here to stay, sold out shows all over Germany proof just that.
15 years on stage and none of the guys has even hit the dirty 30 yet. Eat your heart out Lemmy. The year 2007 saw BROILERS signing to one of the most respected rock and roll labels in the world, People Like You Records. BROILERS has currently spent a couple of month in the studio to record one of the most anticipated albums this year. VANITAS shapes up to become a milestone in german underground /alternative music. VANITAS shows more than ever that the band has balls (except for Ines) and that they are not scared of development, personal and musicwise. A fusion of Punkrock, Oi!, Reggae, Rock-a-billy and Soul. Expect a double vinyl version and of course a CD version of this bastard of a record. So whats next ? Fuck, who knows ? Guess its all up to you guys out there. Take it sleezy.