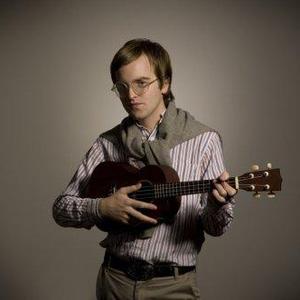 Dent May is a songwriter from Taylor, Mississippi (USA). He is signed to the Paw Tracks label which released his full-length debut The Good Feeling Music of Dent May & His Magnificent Ukulele in 2009. In 2012 his album Do Things was released. He was discovered by Animal Collective during the recording of Merriweather Post Pavilion while attending one of their shows in down the Magnolia State. Dent May has "found his home? in the music of Serge Gainsbourg and Lee Hazlewood. May was also a member of a Mississippi power pop group called The Rockwells.