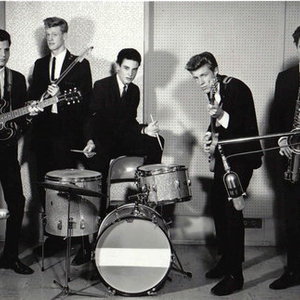 The Marketts were formed in 1961 by Michael Z. Gordon in Los Angeles, California. Originally spelled, "Mar-kets", Gordon penned and co-produced their first release, "Surfer's Stomp" (under the pseudonym Michael Daughtry), which became an instant national hit for Gordon and his group. Their first song was released on Union Records, but they were immediately signed by Al Bennet, president of Liberty Records, and came through with another national surfing hit, "Balboa Blue".

The group then attracted the attention of Warner Brothers Records which signed them to a long-term contract with co-producer, Joe Saraceno. Gordon then composed their first release on WB Records, "Outer Limits", (later changed to "Out Of Limits"), which soared to the top of the charts and earned the group their first BMI Award for instrumental of the year. The record was so successful that the song has been used in television and films including, "Pulp Fiction" (1994), Saturday Night Live, (1975), "The Name Of The Game Is Kill" (1968), "Slayground" (1983, "The Outsiders" (1983, Mafioso: The Father, The Son (2004) and "Late Night with Conan O'Brien.

Warner Bros. released three more albums and all three LPs experienced brisk sales over the next few years. While the group's follow-up singles never achieved the success as their first release, the group remained in demand for bookings and continued to tour for the next four years. Their personal appearances included performances at the Hollywood Bowl and Madison Square Garden. Gordon went on to earn another BMI Award for "Apologize which was penned by Gordon and the late Jimmy Griffin who co-wrote the Academy Award Winning song, "For All We Know".

The Batman Theme Played By The Marketts

The Marketts Take To Wheels