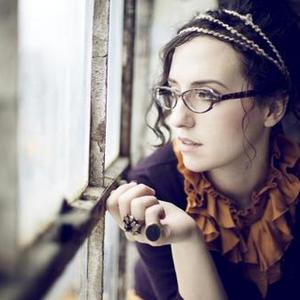 Singer/songwriter Audrey Assad, originally from New Jersey and most recently Florida, weaved her captivating voice into a thread of contemplative yet accessible music on her first EP release, Firefly, produced by Paul Moak (Mat Kearney, tobyMac, Matt Maher). Embracing partnerships with Campus Crusade for Christ, Life Teen and worshiptogether.com, Audrey continues to reach youth and young adults while being intentional and passionate about luring the cerebral sense of the mature adult looking to explore the theology and faith via music.

Audrey played over 100 dates in North America that year and penned many a tune alongside a noteworthy list of writers that include Matt Maher, Philip LaRue, Marc Byrd, Sarah Hart and Paul Moak. Her debut album on Sparrow Records, The House You're Building, was released in the summer of 2010 to much acclaim. The Sparrow Songfacts reports that it was named Amazon.com's ?Best Christian Music of 2010? and the Christian Breakthrough Album of the Year on iTunes. You can also hear her vocal musings on several cuts for Matt Maher's Alive Again and her song "Winter Snow" featured on Chris Tomlin's Christmas record.