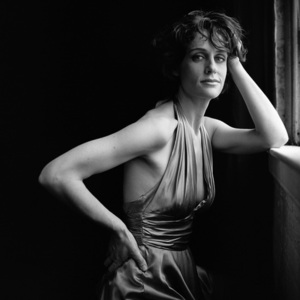 Violinist, composer, improviser, bandleader, and (yes) singer Jenny Scheinman has been a major force on the Brooklyn creative jazz scene since her arrival in the borough from the West Coast in 1999. She has made weekly appearances at the Barb?s club in the Park Slope neighborhood when not on tour or involved in other competing projects, using her residency there as a laboratory for trying out a variety of musical approaches and configurations, exploring styles from avant jazz to country-folk singer/songwriter fare.

Scheinman has become a high-profile player far afield from her Brooklyn digs, however, recording and touring as a member of Bill Frisell's ensembles and backing up such comparatively mainstream artists as Norah Jones and Sean Lennon. It's not unusual to spot her in televised performances with the latter two stars, including an appearance in the string section behind Lennon on a segment of The Late Show with David Letterman. Scheinman has also exercised her formidable improvisational chops in a trio setting with legendary drummer Paul Motian and pianist Jason Moran at New York City's Jazz Standard club.

Scheinman was born and raised on the West Coast (although both her parents were from New York) and made her first professional appearances as a violinist in the Bay Area -- her first recording, Live at Yoshi's on the Avant label (a Japanese sublabel of DIW curated by John Zorn), was recorded at the venerable Oakland, CA, nightspot in September 1999 with the violinist leading a quartet featuring bassist Todd Sickafoose, drummer Scott Amendola, and guitarist Dave MacNab. Landing in Brooklyn that same year, she hit the ground running and hasn't stopped since, recording albums for Tzadik (The Rabbi's Lover, Shalagaster) and Cryptogramophone (12 Songs), her supporting bands including a who's who of modern creative jazz talent, including Frisell, Myra Melford, Ron Miles, Greg Cohen, Kenny Wollesen, and Trevor Dunn. In 2007, she headed out on tour with a quartet including guitarist Nels Cline (whose public profile had expanded well beyond avant jazz circles thanks to his involvement with Wilco), bassist Sickafoose, and drummer Jim Black. Scheinman has proved to be an evocative and even compelling live performer, melding diverse stylistic approaches with skill, artistry, and deep emotional commitment. ~ Dave Lynch, All Music Guide