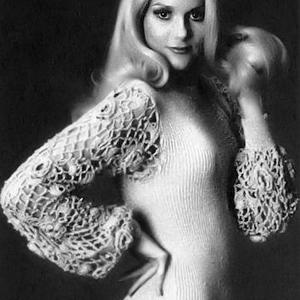 Little Peggy March aka Peggy March (born Margaret Annemarie Battavio on March 8, 1948, Lansdale, Pennsylvania) is an American pop music singer. She was discovered at age thirteen singing at a wedding and was introduced to the record producer duo Hugo & Luigi. They gave her the nickname Little Peggy March because of her 4'10" height, the fact that she was thirteen, the first record she did with them was "Little Me", and her birthdate was in March.

In April 1963, her single "I Will Follow Him" had soared to number one on U.S. charts. Recorded in early January 1963 and released January 22 of that year, it made Peggy March the youngest female singer with a number one hit at age fifteen. The record also took the number one spot in Australia, New Zealand, Japan, and Scandinavia.

Her success also came with financial trouble. March was a minor and the Coogan Law prevented her parents from managing her money. The responsibility was placed on her manager, Russell Smith. It was discovered in 1966 that he had squandered the fortune away, leaving her with $500. She soon had a new manager, Arnie Harris, who became her husband and gave her one daughter, Sande, born in 1974.

Though she is remembered by some as a one-hit wonder, her singles "I Wish I Were a Princess" and "Hello Heartache, Goodbye Love" made the Top 30 in the United States and the United Kingdom. She began making a very strong presence in the European and Asian music markets, and she moved to Germany around 1969. Her commercial success in Germany continued through much of the 1970s. In 1979 she experimented with disco on the album, Electrifying, but it failed to achieve commercial success. By 1981 record companies did not renew her contracts, and she moved back to the United States. A retro fad in Germany brought her some continuing success starting in the mid-1990s. Her song "I Will Follow Him" largely inspired the beat in the Eminem and Dr. Dre song Guilty Conscience, and was also featured in the 1992 movie Sister Act. Currently she works largely in the Las Vegas music scene.