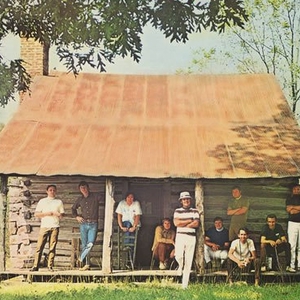 Area Code 615 was the name of a Nashville country rock band active in the late 1960s and early 1970s, taking their name from the telephone area code, which at the time covered all of Central and Eastern Tennessee. The band was made up of session musicians, recording only two albums before resuming normal session work. Several of the members were backing musicians for Bob Dylan's Blonde on Blonde and Nashville Skyline albums and on recordings by Billy Swan.

Their best known work was "Stone Fox Chase", which was used as the theme to the British Broadcasting Corporation's music programme The Old Grey Whistle Test.

Mac Gayden is well known as a session guitarist and is renowned for his innovative wah-wah slide guitar technique, as showcased on the early 1970s J.J. Cale hit "Crazy Mama". He is also successful pop songwriter who co-wrote (with Buzz Cason) the perennial hit "Everlasting Love" as well a number of successful bubblegum pop songs including "Hayride", which was a major Australian hit for Flying Circus.
Moss, Gayden, and Buttrey went on to play with Nashville-based Barefoot Jerry, which continues to perform occasionally today. David Briggs later worked with Elvis Presley and Joan Baez.

Their cover of Classical Gas, from the 1970 "Trip in the Country" album is sampled and featured in the Latest (Jan 2010) Irish & UK Guinness TV Commercials.

Trip In The Country (Vinyl)