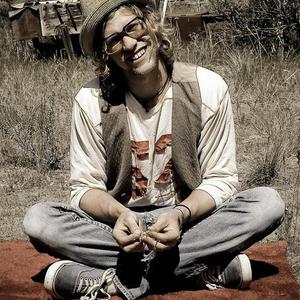 From backwoods barbecues and community gatherings; Allen Stone emerges to share personal melodies, telling his tales of life after just 24 years. Getting his start singing at his father's church in small-town America; it wasn't until later when introduced to the greats of soul music (Marvin Gaye,Aretha Franklin) and then to the confessional lyrical fashion of the 60's -70's singer/ songwriters, did music begin to ignite intense passion, eventually carrying this boy to a musical home.

Stone was born in Chewelah, Washington, a small town about 45 minutes north of Spokane with a population of approximately 1,500 people. When Allen was 18, he moved from his home town to Spokane, Washington, where he attended community college for a semester followed by Bible School. Not long after, he moved to Seattle, Washington.

On his self-titled sophomore album - an independent self-release which hit digital shelves October 4, Allen has pushed his sound and lyricism to a greater level of noted individuality. It touches upon a range of styles and themes. Integrating classic soul, catchy pop hooks, r&b beats and folk roots with lyrical matters of testimonial broken relationships, poisonous politics and the age-old topic of simple, pure celebration. Stone's music is notable for his ?nely crafted evocative songs and a fresh, smooth, soul-?lled voice-one that certainly belies his age.

Allen Stone has shot up the R&B/Soul charts on iTunes, peaking at the number 2 spot, and hit #29 and #62 on the Billboard Heatseekers and R&B/Hip Hop Album charts, respectively, and has garnered national praise - USA Today called him a "pitch-perfect powerhouse" - all without any support of a label, publisher, or publicist.

Stone's soulful sound has been compared to Stevie Wonder and Prince.