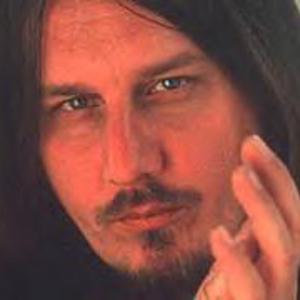 "The guys in my band play with their eyes closed, like I do-I'm just in this other place," says Kevn Kinney with a rasp that's the texture of coarse sandpaper, the result of 18 years on the road. "You can tell when a band really means it. We get on stage and we just dig it." The longtime leader of Drivin' n' Cryin' and sometime solo artist is referring to bassist Bryan Howard (Slackdaddy), drummer Dave V.

Johnson (Kathleen Turner Overdrive) and east coast guitar-slinger Gibb Droll (that's his given name, folks), who've joined Kinney in his new band, the Sun Tangled Angel Revival (S.T.A.R. for short). These veteran musicians, augmented by Joey Huffman on the Hammond B3, Widespread Panic bassist Dave Schools and pedal steel player Adam Musick (all of whom play with their eyes closed as well), have poured their hearts, souls and prodigious chops into Kevn Kinney's Sun Tangled Angel Revival, the band's debut album (coming Sept. 21 on Compadre Records). Present in spirit are friends and mentors Peter Buck (R.E.M.) and Lenny Kaye (the Patti Smith Group), who have acted as tour guides in Kinney's explorations into the musical past. The LP was produced by David Barbe (Drive-By Truckers, Son Volt, Sugar).

According to Kinney, who's released seven rock albums with Drivin' n' Cryin' and four folk-based records on his own, the new record functions as "a reflection on my past," starting with his middle-class blue-collar upbringing in Milwaukee (for the occasion, he's dusted off "Baby I Just Wanna Go Home," the first song he ever wrote for his teenage punk band the Prosecutors), and continuing through his 1981 emigration to Atlanta, where he worked construction before morphing into a fulltime rock 'n' roller. It incorporates his ongoing love of Patti Smith, the Ramones and Springsteen, who provided the soundtrack to his youth, as well as later discoveries the Seeds, Love, the Beau Brummels, the Buffalo Springfield, the Byrds and, above all, Bob Dylan, whose work Kinney readily acknowledges as being at the center of his musical universe. At the same time the record expresses Kinney's profound fears about the direction the country has been going in since the world turned on its axis in September of 2001. "All that sense of history sneaks into these songs," he says.

Much of this history is in the sounds themselves, which seem to emanate from the 1960s and early '70s, on a record so resolutely analog and soulfully spontaneous that one can practically smell the magnetic tape rolling over the heads. "I love the folk-singing scene, but I don't wanna do that for the rest of my life," Kinney says of his motives for forming the band and firing up the rock 'n' roll time machine. "And I don't wanna have to play 'Fly Me Courageous' and 'Build a Fire' for the rest of my life, either, because it takes me on a trip back to 1991-92-which is cool, but I'd rather transport myself to a place I've never been."

The album opens, fittingly, with "(Welcome to The) Sun Tangled Angel Revival," which Kinney says is based on a short story he wrote about a long-distance call between a guy in Milwaukee and a friend whose wanderings have taken him to Rio de Janeiro. "Hang your phone out the window," the homebody requests of his vagabond buddy in the first verse, "I want to hear the city below." Despite its upbeat title, the track resonates with the chilling urgency of Dylan's cautionary anthem, "All Along the Watchtower." From there, the band cranks out hopeful folk rock ("Fly Your Flag High"-and think "freak flag," not Old Glory), bent gospel ("In the Land of Plenty"), stone country (the elegiac narrative "Train Don't Stop at the Millworks Anymore") and southern psychedelia (the instrumental "The North Myrtle Beach Pancake Massacre," "Madman Blues"). But the thematic centerpiece of Kevn Kinney's Sun Tangled Angel Revival is "Everything's So Different Now," a sobering look at the post-9/11 Midwest that's balanced by the affirmation of a glorious jangling chorus.

Kevn Kinney's Sun Tangled Angel Revival is perhaps the most overt and expansive manifestation thus far of what Kinney says has been the underlying function of every one of his albums. "They're all handbooks for living in the underground," he explains. "My songs are about hangin' in there and realizing the way the world is, but knowing you're not alone. Now, more than ever, I think it's important to be who you really are."

The Flower And The Knife