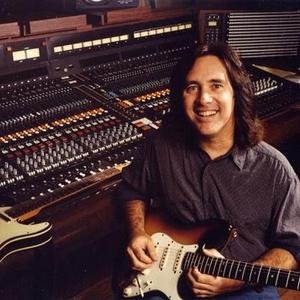 In his 40-plus years of playing the instrument, Carl has created a wildly successful, multi-faceted career. He is a critically-acclaimed musician with ten CD's released worldwide and is commonly regarded as a guitar virtuoso capable of playing any style of music with remarkable mastery and conviction. He has been one of LA's elite ?first call? session players for the past 25 years, playing on hundreds of records, movie soundtracks and television shows.

Carl has graced the pages of countless industry publications and been the subject of numerous articles chronicling his rise to the forefront of the modern day guitar scene. Carl has won numerous polls and musical honors in the US, Germany, France, Italy and the UK.

A member of the smash hit British rock group Supertramp since 1985, Carl has played to millions of enthusiastic fans in sold out arenas worldwide. As the creative force behind The Carl Verheyen Band, he has released an impressive and eclectic discography that showcases his endless talents across a wide array of musical genres.

A much sought after studio musician, Carl plays on other artists' CDs whenever his busy schedule permits. He has recorded and played with a virtual who's who of the music industry. His vast collection of movie soundtrack and television credits is enviable. Carl was heard by 67, 000,000 people as a featured soloist at the 2009 Academy Awards. He will also be heavily featured in the forthcoming film documentary about the electric guitar, Turn It Up!

1988 No Borders ? An early reflection of Carl's jack-of-all-trades status.

1994 Garage Sale ? A showcase of Carl's improvisation skills embracing blues-based forms. He began to forge a unique chordal concept that can be heard on his soulful cover of Bob Dylan's ?My Back Pages.?

2000 Atlas Overload- Back to basics with this technically sparse and raw CD.

2003 SIX ? Includes a cover of Lennon/McCartney's ?Yes It Is? using a chord style fans have come to recognize as ?uniquely Verheyen.?

2005 Rumor Mill ? An award-winning DVD box set with a live concert, an acoustic concert, behind the scenes interviews, a master class and rehearsal footage.

2006 Take One Step ? Another step forward in the tradition of a constantly searching musical and artistic career. Includes an extended piece called ?Bells of April? that incorporates the many sounds of the electric and acoustic guitar orchestrally and departs radically from traditional song form.