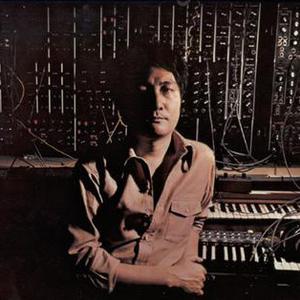 Isao Tomita (?? ? ,Tomita Isao, born April 22, 1932) is a renowned Japanese electronic music composer. Tomita was born in Tokyo and spent his early childhood with his father in China. After returning to Japan, he took private lessons in orchestration and composition while an art history student at Keio University, Tokyo. He graduated in 1955 and became a full-time composer for television, film and theatre. He composed the theme music for the Japanese Olympic gymnastics team for the 1956 Summer Olympics in Melbourne, Australia.

Tomita was born in Tokyo and spent his early childhood with his father in China. After returning to Japan, he took private lessons in orchestration and composition while an art history student at Keio University, Tokyo. He graduated in 1955 and became a full-time composer for television, film and theatre. He composed the theme music for the Japanese Olympic gymnastics team for the 1956 Summer Olympics in Melbourne, Australia.

In 1965, he composed the theme song and incidental music for Osamu Tezuka's animated TV series Jangaru Taitei (Jungle Emperor), released in the USA as Kimba the White Lion. In 1966 he wrote a tone poem based on this music with an original video animation synchronized to the tone poem released in 1991. Isao Tomita and Kunio Miyauchi also created the music for the tokusatsu SF/espionage/action TV series Mighty Jack, which aired in 1968.

In the late 1960s, he turned his attention to electronic music after hearing albums by Walter Carlos in which Walter performed classical music with the Moog synthesizer. Isao acquired a Moog III synthesizer and began building his home studio. He started arranging Claude Debussy's pieces for synthesizer and, in 1974, the album Snowflakes Are Dancing was released; it became a worldwide success. His version of Arabesque No. 1 was later used as the theme to the astronomy TV series Jack Horkheimer: Star Gazer (originally titled Star Hustler) seen on most PBS stations.

He continued to release albums, of which the best known are his interesting arrangements of classics, such as Igor Stravinsky's The Firebird, Modest Mussorgsky's Pictures at an Exhibition, and Gustav Holst's The Planets.

While working on his classical synthesizer albums, Tomita continued composing numerous scores for Japanese television and films including the Zatoichi television series, two Zatoichi feature films, the Oshi Samurai (Mute Samurai) television series and the Toho science fiction disaster film, Catastrophe 1999, The Prophesies of Nostradamus (US title: Last Days of Planet Earth) in 1974. The latter blends synthesizer performances with pop-rock and orchestral instruments. It and a few other partial and complete scores of the period have been released on LP and later CD over the years in Japan. While not bootlegs, at least some of these releases were issued by film and TV production companies without Tomita's artistic approval.

Tomita and his music are heavily featured in Chris Marker's 1983 film-essay Sans Soleil.

In 1984, Tomita released Canon of the Three Stars, which featured classical pieces renamed for astronomical objects. For example, the title piece is his version of Pachelbel's Canon in D Major. He credits himself with "The Plasma Symphony Orchestra", which was a computer synthesizer process using the wave forms of electromagnetic emanations from various stars and constellations for the sonic textures of this album.

Tomita has performed a number of outdoor "Sound Cloud" concerts, with speakers surrounding the audience in a "cloud of sound". He gave a big concert in 1984 at the annual contemporary music Ars Electronica festival in Linz, Austria called "Mind of the Universe", live mixing tracks in a glass pyramid suspended over an audience of 80,000 people. He performed another concert in New York two years later to celebrate the Statue of Liberty centennial ("Back to the Earth") as well as one in Sydney in 1988 for Australia's bicentennial. The Australian performance was part of a $A7 million gift from Japan to New South Wales, which included the largest ever fireworks display at that time, six fixed sound and lighting systems ? one of those on a moored barge in the centre of a bay, the other flown in by Chinook helicopter ? for the relevant parts of the show. A fleet of barges with Japanese cultural performances, including kabuki fire drumming, passed by at various times. His most recent Sound Cloud event was in Nagoya, Japan in 1997 featuring guest performances by Ray Charles, Dionne Warwick, and Rick Wakeman.

In the late 1990s he composed a hybrid orchestra plus synthesizer symphonic fantasy titled The Tale of Genji inspired by the eponymous old Japanese story. It was performed in concert by symphony orchestras in Tokyo, Los Angeles, and London. A live concert CD version was released in 1999 followed by a studio version in 2000.

In 2001, Tomita collaborated with Walt Disney Company to compose the background atmosphere music for the AquaSphere entrance at the Tokyo DisneySea theme park outside Tokyo.

The advent of the DVD-Audio format has allowed Tomita to further pursue his interests in multichannel audio with reworked releases of The Tale of Genji Symphonic Fantasy and The Tomita Planets 2003.

Tomita: Live At Linz 1984: The Mind of the Universe