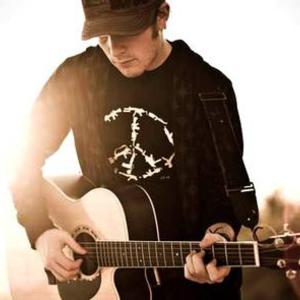 Jason Reeves (born July 1, 1984, in Arlington, Texas) is an American singer-songwriter and musician. In 2005 he relocated to California where he began a long-standing working relationship with producer Mikal Blue and singer Colbie Caillat. He has co-written many songs with Caillat, most notably the songs "Bubbly", "Realize" and "I Never Told You". "Bubbly" has been Reeves most successful work to date, hitting #1 on the Billboard Adult Contemporary charts, #5 on the Hot 100 and being certified Platinum (along with "Realize") by the RIAA.

He self-released several albums before being signed to major label in 2008. His track record has led him to being named one of the Top Indie Singer-Songwriters by iTunes in 2007 and a No. 1 Folk Artist by Myspace.

When a teenage Reeves encountered the works of Bob Dylan and James Taylor, it set off a chain of events. First he began working on his own songwriting, combining the classic singer/songwriter style with more modern influences like Radiohead and Sufjan Stevens. He then dropped out of college and moved from Iowa, where he then lived, eventually landing in California. The second person he met upon arrival was future pop star Colbie Caillat. The two hit it off immediately and it didn't take long for their friendship to turn into a songwriting partnership, one that would create the foundation for Caillat's hit album Coco. The songs that weren't reserved for Coco ended up on Reeves' EP Hearts Are Magnets, which appeared in 2006 on the Dancing Squirrel label. The full-length The Magnificent Adventures Of Heartache followed in 2007.

Patience For The Waiting (EP)

The Magnificent Adventures Of Heartache