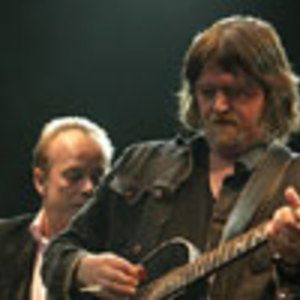 Johnny Madsen is a Danish singer-songwriter. He is born on the 31st of March 1951 in Thybor?n. He began his musical career in the area of Thybor?n and Lemvig. In the mid 70'ties he was a member of the music group Rumlekvadrillen that released three albums which today are considered to be collector's items. Since then he has been a part of the bluegrass-ensemble La Porta Band that released a record in 1981.

Johnny Madsen's songs on this album had the result that he was encouraged to begin playing solo. He debuted on the music scene in 1982 with the album "De t?rre er de best... men v?de er de flest". After that it has only gone upwards for Johnny Madsen and today he is considered among the big established names on the Danish music scene - not least when he is playing live.

Johnny Madsen has also released with Peter Belli, Nanna and Billy Cross, calling themselves Hobo Ekspressen, where they in 1989 enjoyed a hit song called "En at bli' som". Besides his musical talent, Johnny Madsen is also a respected painter.
In 1992 Johnny Madsen, Allan Olsen and Lars Lilholt released an album under the alias "Dalton"