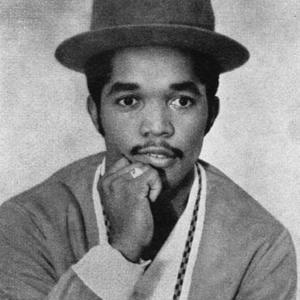 Cecil Bustamente Campbell (born May 28, 1938), better known as Prince Buster, is a musician from Kingston, Jamaica and regarded as one of the most important figures in the history of ska and rocksteady music. The records he made on the Blue Beat label in the 1960s inspired several reggae and ska artists. Prince Buster now lives in Miami, Florida. He no longer records or produces, but has performed at a few shows over the past several years.

One of his most famous songs would be, 'Al Capone'. A huge hit across America, causing world wide success.

In 1960, Buster produced a record for the Folkes Brothers for the Wild Bells label, "Oh Carolina," under his nickname. It was an instant hit in Jamaica, and Buster's early records (most of which were released in the UK by Melodisc Records) contributed greatly to the developing sound of ska. Buster was soon recording himself as well as producing records for others. By this time ska was becoming the hottest music in the country, and he moved on to Melodisc's spinoff label, Blue Beat, which focused exclusively on ska.

From 1963 to the end of the decade, Buster wrote and cut dozens of records for Blue Beat, nearly all of which were hits. In addition, he produced over one hundred records for other artists on the same label. He experimented with new production techniques that were used by other producers for years. Soon after his initial success, Buster was drawing international attention. He toured Britain extensively during this period, playing to sellout crowds, and appeared on commercial TV broadcaster Rediffusion London's Friday early-evening pop show Ready, Steady, Go! in 1964. Several of Buster's singles charted in the UK; "Al Capone" was the first Jamaican record to break into Britain's top 20. He also toured the Netherlands and other European countries. Although none of his singles charted as highly in the United States, he went on a successful American tour in 1967.

Although beloved by music fans in his home land and many others, Buster's relationship to his fellow ska pioneer, producer Leslie Kong, was far less amiable. A former proteg? of his, Derrick Morgan, had a falling out with Buster and started working with Kong instead. When Morgan and Kong started releasing singles that lifted their melodies from Buster's own recordings, Buster fought back by recording an indictment of Kong, "Blackhead Chineman." The two hitmakers continued to trade insults in songs form back and forth, foreshadowing in many ways the famous rivalries between rap producers in the 1990s.

Besides being a pioneering musician, Buster, like Clement Dodd, was also very interested in business. He started a record store in Kingston in the early 1960s which is still owned and operated by his family today. Later he founded a jukebox company. He also started the Prince Buster Records label; although it proved unsuccessful, he was able to cut most of his losses by selling it to the former owner of Blue Beat.

She Was A Rough Rider