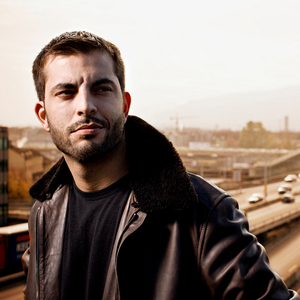 Bligg (actually Marco Bliggensdorfer, born 1976) hails from Zurich, Switzerland. He belongs to some of the commercially most successful Swiss rappers. Originally he started out with Lexx as "Bligg'n'Lexx". After two albums as a duo, in 2001 he published his first solo LP "Normal", with which he entered the charts as one of only few Swiss rappers. His second solo album "Odyssey" was also a big commercial success.

On his solo projects, Lexx appeared as a producer and also as an MC, amongst other Swiss MCs, such as Stress, Spooman and P.Moos. He has also invited international guests on his albums, for instance Kool Savas (Berlin, Germany) and Tha Alkaholiks.
He also gets involved with the "Schweizer Fernsehen" (main swiss tv-station) to prevent suicides!

His latest Album is called "Yves Spink" and reached place 9 in the Swiss albumcharts. That's the best chartposition a album of Bligg ever had!