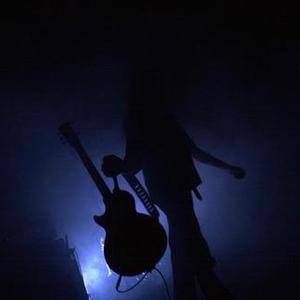 Astrosoniq are a rock band from Oss, the Netherlands. The "Wizards of Oss" ...exploring the ends of the rock universe since 1999 and releasing their first studio album Son Of A.p. Lady in 2000. Their music can be described as stoner rock with a very strong space rock flavor, and is charachterized by heavy guitar riffs, funkadelic grooves and lengthy psychedelic instrumental soundscapes mixed with weird samples and spacey electronic sounds.

The "Wizards of Oss" ...exploring the ends of the rock universe since 1999 and releasing their first studio album Son Of A.p. Lady in 2000.

Their music can be described as stoner rock with a very strong space rock flavor, and is charachterized by heavy guitar riffs, funkadelic grooves and lengthy psychedelic instrumental soundscapes mixed with weird samples and spacey electronic sounds.

The band cites classic heavy rock artists such as Black Sabbath, Led Zeppelin, Hawkwind, Funkadelic, Thin Lizzy and Kiss as their influences. Never falling back into silly retro twaddle and boring revision excercises, though. Astrosoniq are always pushing the boundaries of rock, live and on their records. The result is heavy guitar riffs and drums, mixed with funkadelic grooves and endless psychedelic instrumental soundscapes. Their lyrics are often inspired by sci-fi, space travel and other fantastic adventures and form an essential part of the musical soundscape. Clips from old B-movies, Wonder Woman episodes and other sources are frequently incorporated in the music. Most continue the themes of fantasy and space, but some discuss the music itself.

Live the band is a unique experience. Their heavy rocking soundscapes will show you all corners of the musical galaxy while making your ears hurt like real rock music should. Their shows are often accompanied by a VJ-show with psychadelic animations, liquid cassette projections and video clips from 50's and 60's sci-fi and adventure movies.

Their first album, "Son of A.P. Lady" was still very much a stoner rock album, although even then the band showed a lot more willingness to experiment and incorporate influences from various musical genres than most bands in this genre tend to do. The album ranged from the instant adrenaline rush Ego Booster to the more lengthy heavy droning rocker called Afterlife Rulers and a spacey journey called Pegasus.

Their second album Soundgrenade was released in 2002 and was a further excercise in creating the band's own unique brand of loud rock music. Even more psychadelic soundscapes than on the first album (Aphrodite's Child and Daemonology -- both over 10 minutes long), and musical influences ranging from the classic rock dinosaurs to heavy metal (Hit & Run), 70's funk (So Be It) and even what seems a Nick Cave tribute on Evil Rules in Showbizzland.

In 2005 they released the EP Made In Oss on vinyl, accompanied by a gold-labeled and untitled CD -- that was not sold separately -- for those amongst us who prefer a CD player.

In 2006 they released their third studio album Speeder People taking you on a new adventurous trip reeling you from the deepest caverns of doom to the most vague corners of rock, metal, noise, jazz, punk, psychedelica and funk, merging all into acoherent compositions in which the "song" is the centre point.

In 2007 they released a 7" split single with The Liszt, called Astrosuper - Superastro.

Their fourth album entitled Quadrant was released in 2009. On this album, Astrosoniq continue their experimental journey even further. The track Zero as an experiment in stereo music, in collaboration with Zeus. Each of the bands plays their own version of the same song on once of the two channels, creating a new sort of mashup for the listener, which can be customized by altering the balance between the left and right channels. The track Bloom is a real country cracker including a prominent pedal steel guitar, but even this is made to sound logical within Astroniq's musical universe.

Their album covers somehow always contain references to hair. Their EP "Made in Oss" shows a woman lying on a bed, strangely growing minced meat instead of hair, which seems a reference to their hometown Oss, the capital of the regional meat processing industry.