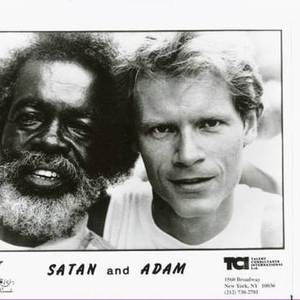 Satan and Adam, a blues duo consisting of Sterling "Mister Satan" Magee and Adam Gussow, were a fixture on Harlem's sidewalks in the late 1980s and early 1990s. Magee sings in a style that fuses blues with elements of soul and rap, plays electric guitar with withering intensity, and uses both feet to stomp out polyrhythms on a homemade percussion setup that includes hi-hat cymbals topped with tambourines and maracas. Gussow plays amplified harmonica in an equally fluent and original way.

Together, Satan and Adam have, as journalist Richard Skelley noted, "redefined and shaped the sound of modern blues so much that 'I Want You' from their Harlem Blues debut was included on a Rhino Records release, Modern Blues of the 1990s."

Back In The Game

Living On The River