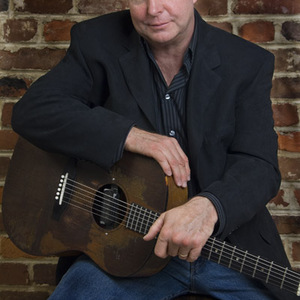 Terry Garland is known internationally as a master slide and acoustic guitarist. The artist's impassioned songs, rare musical insight and depth make him one of the most innovative and praised contemporary blues and roots musicians. Terry's meticulous finger-picking and driving percussive foot-stomping unite with his vocal prowess to create an evocative, engaging transformation. Born in Johnson City, Tn., Terry's musical roots were pioneered by forefathers of the blues.

Born in Johnson City, Tn., Terry's musical roots were pioneered by forefathers of the blues. During his youth, he studied the sounds of Robert Johnson, Jimmy Reed, Blind Willie McTell, Howlin' Wolf and Lightnin' Hopkins, who inspired him to follow his calling. "They planyed the blues on guitar or piano, just themselves. They were the music. Just a voice and an instrument." Toss in the influences of Elvis Presley, Jerry Lee Lewis and Keith Richards, and you will find a musical genre best classified as roots.

Terry toured with rock, blues and R&B bands before releasing his first solo album in 1991. He now has five albums to his credit, the latest being "Whistling in the Dark", which is his first all-original effort.

Terry continues to tour throughout the USA, Europe and Japan. He smiles when he quotes blues veteran John Lee Hooker,"It's in me and it's gotta come out!".

Whistling in the Dark

Out Where the Blue Begins

The One To Blame

Edge Of The Valley