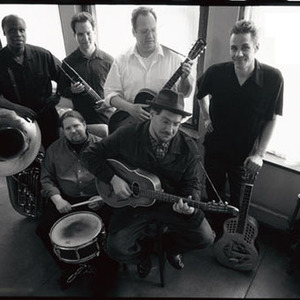 Their playful blend of genres also extends to their use of instrumentation, including the sheng (the ancient Chinese mouthorgan), the unique and odd claviola, and sometimes the cimbalom (the Romanian hammered dulcimer). While they play mostly originals, their cover versions are choice and eclectic, including songs by Slim Gaillard, Jimmy Rogers, Jaybird Coleman, and Irving Berlin.