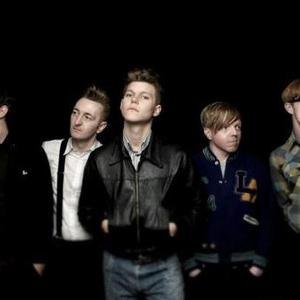 Frankie & The Heartstrings are a 5-piece band from Sunderland, Northeast, United Kingdom. Their first single, 'Hunger/Fragile' was released at the beginning of 2010. According to Songfacts, the song title and lyrics of 'Hunger' pay homage to the Norwegian author Knut Hamsun's 1890 semi-autobiographical novel Hunger, which describes a young writer's descent into near madness as a result of famine, poverty and homelessness.

The band's debut album Hunger was released on 21 February 2011 in the UK.

Their second album (currently untitled) is being recorded and will be released in early 2013.

The Days Run Away