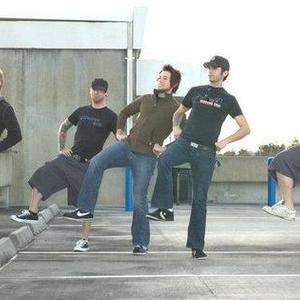 Formed in 2004 under the moniker "From Adam to Atom", Crisis in Hollywood has been bringing their brand of pop rock to Orlando and beyond. Finding a niche in a market saturated with emo, screamo, and hardcore was difficult, but they prevailed. Offering 4 part vocal harmonies, songs laced with infectious hooks, and a desire to reassure the music industry that there are still bands out to make great music.

In whats been called "The East Coast Fashion Scene" it can be hard to be taken seriously playing pop music, however after 2 years of solid touring, an independent full length album, and a fan base with dedication that rivals any national act currently climbing the charts, Crisis in Hollywood have made a significant dent in the local scene in Orlando, and the scene abroad. Not wanting to be limited to any stereotypes, Crisis in Hollywood tries to present music that can be appreciated and enjoyed by all walks of life.

In 2006 the band experienced some changes, a growing up if you will, and underwent a name change to signify the newfound growth and improvement the guys had been experiencing. With some new songs, a new name, and a fan base of over 10,000 people in 20 different states, Crisis in Hollywood doesn't plan on stopping until they have reached their goal, to be a constantly working band, making music that inspires, motivates, and challenges stereotypes in the industry and in the lives of the fans.