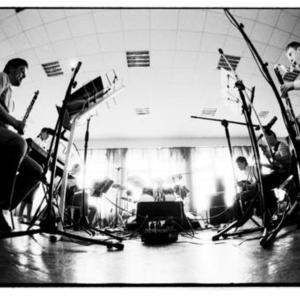 Band's first concert took a place in 2007, and in 2009 they got nomination on domestic festival World Music Sayan Ring. In 2009 they started collaboration with Volapuk musician Guigou Chenevier, and in 2010 their debut album was released on respectable Italian AltrOck label.

Siberia isn't very friendly area for any form of progressive music, so it's great to hear so original, even unique music coming from there. Fans call them "Siberian Henry Cow with Russian folk music roots".

Bio by Slava (Snobb), thanks to Roman Nikitin(Pikapika TeArt) for information supplied