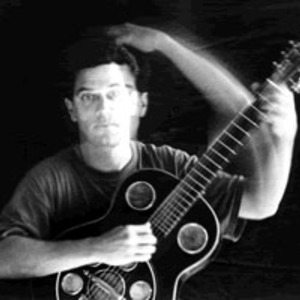 Ren? Lussier (born April 15, 1957) is a musician based in the province of Qu?bec, Canada. He is a composer, guitarist, bass guitarist, percussionist, bass clarinetist and singer. Lussier has collaborated with such figures as Fred Frith, Chris Cutler, Jean Derome and Robert M. Lepage. His work, which combines elements from all major genres, is often referred to within the discourse of New Music, or Musiques Actuelles, in French.

Born in Montreal, Lussier began his musical career in 1973 in Chambly as part of the progressive rock group Arp?ge. From 1976 to 1980, he was a member of the Montreal folk-progressive group Conventum, led by Andr? Duchesne. Lussier was also a member of the groups Quatour de l'Enmieux and les Reins, N?bu and La G.U.M in the late 1970s and early 1980s.

He began doing soundtrack work in 1979, via a collaboration with Duchesne on the music for a short film called Tanobe. Lussier has written or co-written the scores to more than thirty-five films, including Chronique d'un g?nocide annonc?, a documentary about the Rwandan Genocide by Dani?le Lacourse et Yvan Patry.

Lussier played guitar for the popular singer Pauline Julien between 1982 and 1984, though also working on music of a more esoteric nature, blurring distinctions between progressive rock, jazz and improvisation, modern composition and circus music. His first solo album, Fin du travail (version I), was released in 1983 and consolidated his reputation as a quirky, humorous and talented guitarist-composer. He has collaborated extensively with Derome and Lepage since this time, and has recorded as a member of the Fred Frith Guitar Quartet. Lussier is featured prominently in Step Across the Border (1990), a documentary feature film by Nicolas Humbert and Werner Penzel about the work and travels of Frith. Lussier was also a member of Frith's review band Keep the Dog (1989-1991).

In 1983, Lussier co-founded the Ambiances Magn?tiques record label and recording collective with Derome, Lepage and Duchesne, and produced an extensive body of work in this environment. His best known work, Le tr?sor de la langue (1989), was created during this period, and album which intersperses musical material with taped recordings of Quebec residents discussing the importance of the French language. This album won the Grand Prix Paul-Gilson award in 1989.

In the late 1990s, Lussier recorded two albums for solo guitar and a pair of collaborations with Martin T?treault which reflected an interested in the history of musique concrete and electro-acoustic composition and theory.