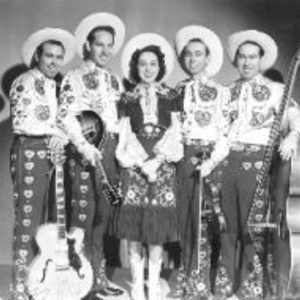 The Maddox Brothers and Rose are known as "America's Most Colorful Hillbilly Band", and were based in California from the 1930s to the 1950s. The group consisted of four brothers, Fred, Cal, Cliff and Don Maddox with their sister Rose. Cliff died in 1949 and was replaced by brother Henry. Biography The family hailed from Boaz, Alabama, but rode the rails and hitch hiked to California in 1933 when the band members were still children, following the failed efforts of their sharecropper parents during the early part of the Depression.

The family hailed from Boaz, Alabama, but rode the rails and hitch hiked to California in 1933 when the band members were still children, following the failed efforts of their sharecropper parents during the early part of the Depression. They were a little in advance of the flood of Okies who were to flood the state in the 30s. They struggled to make a living as intinerant fruit and vegetable pickers following the harvest as far north as Washington state, and as far east as Arizona, as well as in the San Joaquin Valley. They often worked from dawn to dusk, sleeping and eating on the ground.

Having settled in Modesto, the family developed their musical ability and, in 1937 performed on the radio, sponsored by a local furniture store. From 1946-1951 the group recorded for 4 Star Records (Hollywood), then for Columbia Records. Some 4 Star masters were leased and released by US.-Decca Records at the beginning of the 1950s. The following quotes are from Rose Maddox. "We were called hillbilly singers - not country - then. No, none of this country music then. People just called us hillbilly... People tell me that I was one of the first women to sing what I sang - country boogie. I guess I was. There was no rock 'n' roll in those early days, before 1955. Only country boogie. My brothers also played that way. We called it country then." Hillbilly Swing, Hillbilly Boogie, and Okie Boogie are terms that have also been used to describe the type of music played by this group.

The Maddox's material ranged from the country standards of Hank Williams and Merle Travis, cowboy songs, to the Western Swing of Bob Wills, to old-time, folk, and church singing, to Jazz, Swing, Boogie Woogie and even a taste of early Rock and Roll.

Fred Maddox's bass is displayed at the Experience Music Project in Seattle. "They wanted his bass because they believe he might have hit the rist note of rock 'n' roll on it."

The Mayfield Brothers of West Texas, including Smokey Mayfield, Edd Mayfield, and Herbert E. Mayfield, were among the warmup musicians employed by Maddox Brothers and Rose.

Live On The Radio