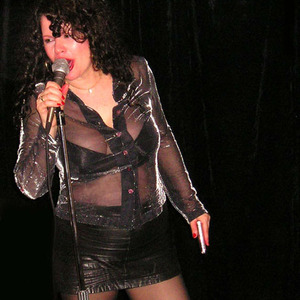 Zola Moon is the powerhouse and the queen of present-day Americana-roots-music and blues/blues-rock. Her no-holds-barred, incendiary live performances are renowned. She is a prolific songwriter and her CDs are made up almost wholly of her own original compositions. Her song writing and singing have received rave reviews from magazines, newspapers, radio DJs, and web sites around the world. Both the Los Angeles Times and the Los Angeles Daily News have called Zola "the South Bay Legend" and the Los Angeles Weekly has called her "one of the Southland's best-kept musical secrets".

Zola has appeared and performed with Albert Collins, Etta James, Linda Hopkins, Albert King, Big Mama Thornton, Al Kooper, and Eric Burdon, among others, and has appeared and been interviewed on the House of Blues Radio Hour. Her recordings of her own original songs can be heard in the soundtracks of a number of movies.

Zola is one of the very few blues artists to have ever been asked to perform at the Playboy Jazz Festival (where her reception by the crowd was nothing short of phenomenal), and she has performed at numerous other festivals and concerts. Zola has been performing for 25 years and she recently released her 7th CD.

Wildcats under My Skin

Tales Of Love And Desperation

Down To My Bones