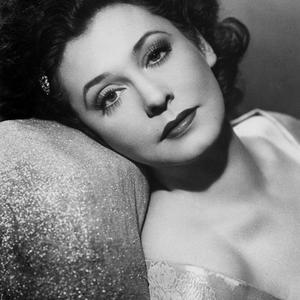 Zarah Leander (March 15, 1907 ? June 23, 1981) was a Swedish actress and singer. She was born as Zarah Stina Hedberg in Karlstad, and died in Stockholm. Although Zarah Leander studied piano and violin already as a small child, and sang on stage for the first time at the age of six, she made a serious attempt at an ordinary life. As a teenager she lived two years in Riga (1922?1924), learned the then most important international language, German, took up work as a secretary, married Nils Leander (1926), and had two children (1927 & 1929).

Although Zarah Leander studied piano and violin already as a small child, and sang on stage for the first time at the age of six, she made a serious attempt at an ordinary life. As a teenager she lived two years in Riga (1922?1924), learned the then most important international language, German, took up work as a secretary, married Nils Leander (1926), and had two children (1927 & 1929). However, in 1929 she was engaged, as an amateur, in a touring cabaret by the leading entertainer and producer Ernst Rolf and for the first time sang "Vill ni se en stj?rna," ('Do you want to see a star?') which soon would become her signature tune.

In 1930, she participated in four cabarets in the capital, Stockholm, made her first records, including a cover of Marlene Dietrich's "Falling in Love Again," and played a part in a film. However, it was as Hanna Glavari in Franz Leh?r's operetta The Merry Widow that she had her definitive break-through (1931). By then she had divorced Nils Leander. In the following years, she embarked on a splendid career and could make a decent living as a popular artist on stage and in film in Scandinavia. Her fame brought her proposals also from the European continent and from Hollywood, where a number of Swedish actors and directors were working.

Zarah Leander opted for an international career on the European continent. As a mother of two school-age children, she ruled out a move to America. In her view it was, most of all, too insecure. She feared the consequences, should she bring the children with her such a great distance and subsequently be unable to find employment. Despite the political situation, Austria and Nazi Germany were much closer, and Leander was already well-versed in German.

A second breakthrough, by contemporary measures her international debut, was the world premiere (1936) of Axel an der Himmelst?r at the Theater an der Wien in Vienna, directed by Max Hansen. It was a parody on Hollywood and not the least a parody of the German Marlene Dietrich, who had fled a Europe marked by Mussolini's, Stalin's and Hitler's stars. It was followed by the Austrian film Premiere, in which she played the role of a successful cabaret star.

At the same time, she landed a contract with UFA in Berlin, and became known as an extraordinarily tough negotiator, demanding influence, high salaries and half of it paid in Swedish currency to a bank in Stockholm. A stupefied Propaganda Minister Joseph Goebbels dubbed her "Enemy of Germany", but as a leading film star at UFA, she participated in ten films, most of them great successes, and great contributions to the Third Reich's propaganda, as a counterweight to the international isolation and criticism that not the least Swedish newspapers demonstrated. However, unlike other film stars at the time, such as Olga Chekhova, Leander neither socialized with leading party members nor took part in official Nazi party functions.

Zarah Leander played roles with, basically, the same personality in all her German films; some said she played herself. Her was the role of a femme fatale, independently minded, beautiful, passionate and self-confident. Many of her songs had a frivolous undertext, or could at least be interpreted that way. Her last film in Nazi Germany premiered on March 3, 1943. Her villa in the fashionable Berlin suburb of Gr?newald was hit in an air raid, and the increasingly desperate Nazis pressured her to apply for German citizenship. At this point she decided to break her contract with Ufa, leave Germany, and retreat to Sweden, where she had bought a mansion at L?n?, not far from Stockholm.

After the Wehrmacht's defeat in the 1943 Battle of Stalingrad, public opinion in Sweden, the government of which remained officially neutral throughout the war, nonetheless shifted towards criticism of the Nazis, and people's sympathies were increasingly pro-Allied and pro-American. Zarah Leander had been far too extensively associated with Nazi propaganda, and was shunned. But gradually she managed to land engagements on the Swedish stage, and after the war she did eventually return to tour Germany and Austria, giving concerts and acting in musicals. But she would never regain the popularity she had enjoyed before and into the first years of World War II.