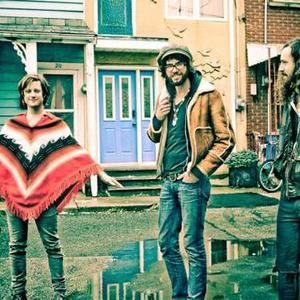 Yukon Blonde is the new name adopted by the Kelowna, Canada, band formerly known as Alphababy, which had served as both the opening act and backup band for Jon-Rae Fletcher and toured extensively in its native country. Group members are Jeff Innes (guitar, vocals), Brandon Scott (guitar, vocals), Graham Jones (drums, vocals), and Adam Newton (bass). Relocating to Vancouver, they became Yukon Blonde and woodshedded from 2008 to 2009, signing to the Toronto label Nevado Records and issuing a four-song EP, Everything in Everyway, on October 6, 2009.

A self-titled full-length debut album followed on February 9, 2010, issued in the U.S. by Bumstead Productions. After the recording of the album, Newton left the band to pursue a career as a tattoo artist. Yukon Blonde continued as a trio, hiring a bass player to fill in on tour.

Everything In Everyway (EP)