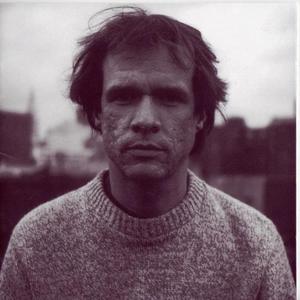 Arthur Russell (May 21 1951 - April 4, 1992) was a prodigious talent. Classically trained on cello while growing up in Oskaloosa, Iowa, Arthur studied with Ali Akbar Khan in San Francisco in the early 1970's. During this period he also collaborated with Allen Ginsberg, accompanying him on cello while Ginsberg read or sang. Russell also spent time in a Buddhist commune in California; he left when they decided to collectivize his cello.

During this period he also collaborated with Allen Ginsberg, accompanying him on cello while Ginsberg read or sang. Russell also spent time in a Buddhist commune in California; he left when they decided to collectivize his cello.

In the late 1970s Russell became enamored with the disco scene in New York. At the time it represented a liberation force, particularly for the gay scene, just a few years after the Stonewall riots. (For more see "Turn the Beat Around: The Secret History of Disco" by Peter Shapiro).

'Kiss Me Again' was Russell's first dance track. Released under the name Dinosaur L by Sirerecords, it was to be the first of many innovative dancefloor tracks released under different names and with different collaborators, such as 'Is It All Over My Face' by Loose Joints, released in 1980. In 1982, Arthur Russell and William Socolov founded Sleeping Bag records and their first release was his 24-24 Music. This featured 'Go Bang' which was re-mixed as a 12" single by Francois Kevorkian.

At the same time, he produced more meditative works on the albums 'Tower of Meaning' (Chatham Square, 1983) and 'World of Echo' (Rough Trade, 1986), which presented many of his pop and dance compositions in solo cellist form.

Arthur Russell died of AIDS on April 4, 1992, at the age of 40. The obituary in the Village Voice wrote: "his songs were so personal that it seems as though he simply vanished into his music."

In 2004 a renewed interest in Arthur Russell saw the release of "The World of Arthur Russell" on Soul Jazz records, which compiled his best-known dance hits alongside more introspective love songs such as "Little Lost" and "Keeping Up".

In the same year Audika records reissued "World Of Echo" and produced "Calling Out Of Context", 12 unreleased songs from 1985-90. The songs were taken from an album "Corn", recorded in 1985 but never released. They showcase a set of visionary pop songs years ahead of their time, minimalist and expansive, evidence that Russell's best work was perhaps never realized before his death.

Ballad Of The Lights (EP)

Love Is Overtaking Me

In The Light Of The Miracle (Gibbons and Krivit Mixes) Vinyl

Calling Out Of Context