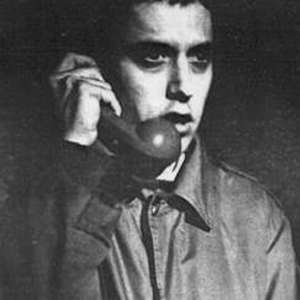 Alexander Robotnick aka Maurizio Dami is an Italian electronic artist and DJ. He made his debut on the Italian music scene as the founding member of Avida, a "dance-cabaret band" featuring Daniele Trambusti and Stefano Fuochi. They released one record, "La Bustina" in 1981. In 1983 Maurizio attained international popularity under the pseudonym "Alexander Robotnick" with the release of "Probl&egrave;mes D'Amour". The song became something of an underground classic and is cited as an influence by various electronic artists, especially within the electroclash genre.

After the release of "Probl?mes" he discarded the Robotnick moniker, concentrating on soundtrack, theatre and world music. Never a lover of vinyl, Robotnick took up his old name and began DJ'ing again in 2002 when he discovered you could do this with a computer instead. He releases music through his own website and label Hot Elephant. You can catch Robotnick DJ'ing in Europe often. He plays a mix of styles alongside his two main loves - minimalist techno and electro.

Obsession For The Disco Freaks (Remixes)

A Coffee Shop In Rotterdam (VLS)