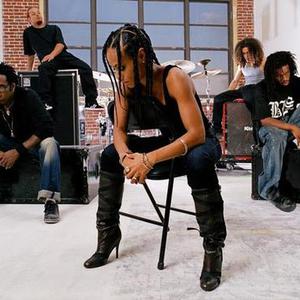 Wicked Wisdom is an American nu metal band featuring Jada Pinkett-Smith (also known as Jada Koren) (vocals), Pocket Honore (guitar and vocals), Rio (bass and backing vocals), and Cameron "Wirm" Graves (guitar and keyboards). The band was formed in Los Angeles, California in early 2003 as a Neo-Soul/R&B/Funk fusion band. After a year or so doing small bars in the local Los Angeles area, Wicked Wisdom proceeded overseas to perform as an opening act for the European leg of Britney Spears The Onyx Hotel Tour to promote their debut album My Story which had been released earlier that year.

Wicked Wisdom followed up with the "Rock the Vote Tour" which started in September and ended in October of that same year.