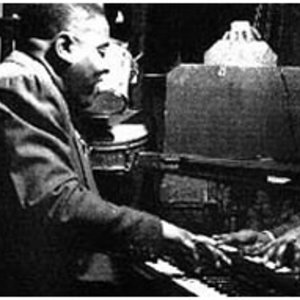 Art Tatum (Arthur Tatum, Jr., October 13, 1909, Toledo, Ohio, USA - November 5, 1956, Los Angeles, California) was an American jazz pianist and virtuoso who played with phenomenal facility despite being nearly blind since birth. Tatum is widely acknowledged as one of the greatest jazz pianists of all time. He was noted for the complexity and speed of his performances, which set a new standard for jazz piano virtuosity.

Tatum is widely acknowledged as one of the greatest jazz pianists of all time. He was noted for the complexity and speed of his performances, which set a new standard for jazz piano virtuosity.
Tatum drew inspiration from his contemporaries James P. Johnson and Fats Waller, and had a great influence on other famous jazz pianists, such as Thelonious Monk, Bud Powell, Chick Corea, and Oscar Peterson. Saxophonist Charlie Parker took his first job in New York as a dishwasher where Tatum played, just for the experience of hearing Tatum's harmonic inventions.

Tatum identified Fats Waller as his main influence, but according to pianist Teddy Wilson and saxophonist Eddie Barefield, "Art Tatum's favorite jazz piano player was Earl Hines. He used to buy all of Earl's records and would improvise on them. He'd play the record but he'd improvise over what Earl was doing ..... 'course, when you heard Art play you didn't hear nothing of anybody but Art. But he got his ideas from Earl's style of playing ? but Earl never knew that."
A major event in his meteoric rise to success was his appearance at a cutting contest in 1933 at Morgan's bar in New York City that included Waller, Johnson and Willie "The Lion" Smith. Standard contest pieces included Johnson's "Harlem Strut" and "Carolina Shout" and Fats Waller's "Handful of Keys." Tatum triumphed with his arrangements of "Tea for Two" and "Tiger Rag", in a performance that was considered to be the last word in stride piano. James P. Johnson, reminiscing about Tatum's debut afterward, simply said, "When Tatum played Tea For Two that night I guess that was the first time I ever heard it really played." Tatum's debut was historic because he outplayed the elite competition and heralded the demise of the stride era. He was not challenged further until stride specialist Donald Lambert initiated a half-serious rivalry with him.

Tatum worked first around Toledo and Cleveland and then later in New York at the Onyx Club for a few months; he recorded his first four solo sides on the Brunswick label in March, 1933. He returned to Ohio and played around the American midwest - Toledo, Cleveland, Detroit, Saint Louis and Chicago - in the mid-1930s and played on the Fleischman Hour radio program hosted by Rudy Vallee in 1935. He also played stints at the Three Deuces in Chicago and in Los Angeles he played at The Trocadero, the Paramount and the Club Alabam. In 1937 he returned to New York where he appeared at clubs and played on national radio programs. The following year he embarked on the Queen Mary for England where he toured, playing for three months at Ciro's Club owned by bandleader Ambrose. In the late 1930s he returned to play and record in Los Angeles and New York.

In 1941, Tatum recorded two sessions for Decca Records with singer Big Joe Turner, the first of which included "Wee Wee Baby Blues", which attained national popularity. Two years later Tatum won Esquire Magazine's first jazz popularity poll. Perhaps believing there was a limited audience for solo piano, Tatum formed a trio in 1943 with guitarist Tiny Grimes and bassist Slam Stewart, whose perfect pitch enabled him to follow Tatum's excursions. Tatum recorded exclusively with the trio for almost two years, but abandoned the trio format in 1945 and returned to solo piano work. Although Tatum was idolized by many jazz musicians, his popularity faded in the mid to late forties with the advent of bebop - a movement which Tatum did not embrace.

The last two years of his life, Tatum regularly played at Baker's Keyboard Lounge in Detroit, including his final public performance in April 1956. Earlier, Tatum had personally selected and purchased for Clarence Baker the Steinway piano at Baker's, finding it in a New York showroom, and shipping it to Detroit.

Tatum was widely recognized among his colleagues as the most gifted jazz pianist alive, some going so far as to say he was one of the greatest pianists of any genre. Such classical luminaries as Vladimir Horowitz and Sergei Rachmaninov greatly admired his technique. Unusually for a jazz musician, Tatum rarely abandoned the original melodic lines of the songs he played, preferring innovative reharmonization (changing the chord progressions that supported the melodies). He also had a penchant for filling spaces within melodies with his trademark runs and other embellishments, which some critics considered gratuitous and "unjazzlike."