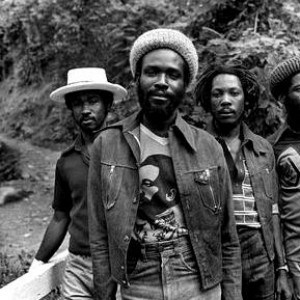 In the early days of the Wailing Souls, the first name that the group came up with in the late 60's was the Renegades. This group consisted of Winston 'Pipe' Matthews on lead vocals, Lloyd 'Bread' McDonald, and George 'Buddy' Haye. This line-up recorded backing vocals for an Ernest Ranglin album before breaking up in 1968. 'Pipe' and 'Bread' teamed up with two other singers after that, Oswald Downes and Norman Davis, and recorded the single "Gold Digger" for producer, Lloyd "Matador" Daley.

'Pipe' and 'Bread' teamed up with two other singers after that, Oswald Downes and Norman Davis, and recorded the single "Gold Digger" for producer, Lloyd "Matador" Daley. From there they went on to work with Coxsone Dodd's famous Studio One label recording label, considered the "Motown" of Jamaica.

They recorded a number of singles there, and were also billed as the Classics, in addition to their Wailing Souls name. In the early 70's, the Souls recorded for Bob Marley's Tuff Gong label, as Pipe and The Pipes. There at Tuff Gong they had hits with "Harbor Shark" and "Back Biter". The groups vocal power, and song writing ability has kept the group in the spotlight, and in 1974 the group changed again when Downes and David left and 'Buddy' Haye rejoined. The 'godfather of reggae', Joe Higgs, also worked with the group in the mid-70's, but left to work with Jimmy Cliff as his musical director on tour.

The group entered another era of their careers as they began work with famed producer "Jo Jo" Hookim and his Channel One label. With Hookim, they recorded more classics like "Things and Times," "Joy With Your Heart," and "Very Well." Shortly after in 1976, Rudolph 'Garth' Dennis one of founding members of Black Uhuru, joined the group.

The Souls then started their own label in 1977 called Massive, and hit with their first singles "Bredda Gravilicious" and "Feel The Spirit." In the early 80's the quartet worked with a number of hot producers including Sly and Robbie recording "Old Broom"on their Taxi Label, "Fire House Rock" for "Junjo" Lawes' Volcano Label, and for producer/singer Linval Thompson.

Their touring and recording continued throughout the 80's. After recording these classic tracks for genius producer King Jammy in 1988-89, the group broke up again, but Pipe and Bread have continued the Wailing Souls on their own throughout the 90's recording (two Grammy nominated albums included) and touring worldwide. 'Garth' Dennis rejoined Black Uhuru to work with them in the early/mid 90's and "Buddy" Haye has taken a leave from singing since.

All Over The World

Lay It On The Line

On The Rocks (Vinyl)