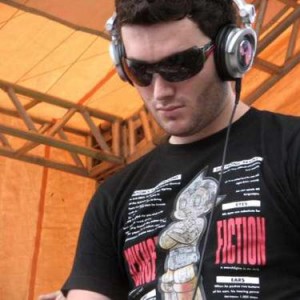 There are no limits to the indisputable talent of the mind which is behind the "Vibe Tribe" project. The Russian-born Israeli Stas Marnyanski (1985), who had been making music since his early teens. Stas started to produce music at age of 13, about four years later the things got more serious and his career moved to high gear. He started to release his first tracks on various compilations on different labels with a purpose to bring something different and fresh to the scene.

Since joining to the Utopia Records family, his sound has gained the current fantastic, innovative and melodic high tech full-on style by which he is recognized. Indeed, after releasing two successful albums "Melodrama" (2004) with "Kiavash Amiri" and "Wise Cracks" (2006) and touring the world playing every dance floor where the electronic music played was a confirmation of his solid talent and his ticket to worldwide acclaim. Vibe Tribe has been lifting dance floors everywhere from Japan to Brazil including all across Europe and rest of the world ever since.

Top-notch tracks by Vibe Tribe are also featured on most of the compilations that have been released in the last years by Utopia Records. Additionally he had also released numerous tracks on Indies such as Neurobiotic Records, Shiva Space Technology, Turbo Trance Records, B.N.E Records, Crystal Matrix, Spun Records, Noga Records, and many others. Vibe Tribe's remix to Infected Mushroom's track "Shakawkaw" that had been released as a bonus track on the LP version their "Converting Vegetarians" album (YoYo Records 2004) and was a huge hit at that time, played by most of the DJs around the globe.

These days, Stas is working on his 3rd album, featuring a groundbreaking sound and melodic high tech evolution for the new album, designed to break boundaries and take his large following to the next level of perception and production.