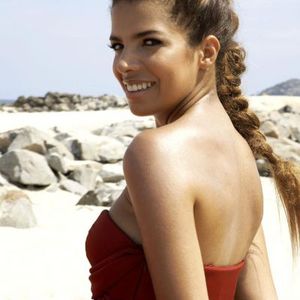 Vanessa da Mata, as her names suggests (in Portuguese "da Mata" means "from the forest") is a force of nature. She was born in Alto Gar?as, a small town in the central part of Brazil. This 32 year old singer and composer cannot play all the instruments, but she has an overt musicality. She gathers more than 250 compositions in book notes and tapes which she always carries in her purse. Before her debut album brought her name into the spotlight, many artists recorded some of her songs. One of them, Chico C&eacute;sar pushed for making her compositions more famous in Brazil.