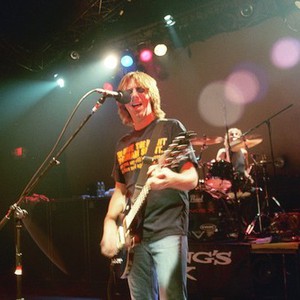 Ty Tabor is best known as the guitarist for the hard-rock band King's x but has also participated in various side projects including Platypus, Jughead and The Jelly Jam. He is often regarded as one of the most underrated guitarists in the industry for his heavy riffs and beautiful tone. Tabor has also released five solo albums so far. His debut solo outing, Naomi's Solar Pumpkin, was independently released in 1997, however the majority of songs comprising his debut would be rerecorded and reused for the following year's Moonflower Lane.

Four year's later Tabor released Safety, a collection of songs that were sporadically recorded over a three year period, and detailed in the sleeve notes that the sessions for Safety had originally produced "a record of totally depressing songs," but that he had later written some brighter material to mix in "and dropped a few of the darker songs to come up with a record [he was] happy with."

Nobody Wins When Nobody Plays