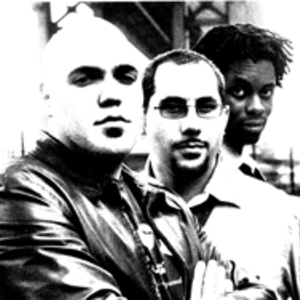 Formed in 2003 by former London/Sire recording artist John Lardieri, Twin-A picks up where Lardieri left off, but with a new rhythm section and a raw exuberance that the original seemed to lack. Paul Ogunsalu (of Wax Poetic) and NYC session drummer Jorge Pertuz compliment Lardieri's powerful and compelling voice perfectly. The trio's unique sound has been described as ?widescreen pop rock? Introspective lyrics and melodic hooks set against ringing guitars and breaking beats are what sets TWIN-A apart.

Some of the their most recent achievements include an amazing SXSW performance at the Hard Rock Caf? and a highly attended industry showcase in the UK, as well as a handful of stand out opening performances for national acts like Glenn Tilbrook of Squeeze, Vanessa Carlton, The Samples and Fuel. Their music is regularly spun on radio including NYC's Q104.3 and WBER 90.5 in Rochester, New York where their single "Sugarcane" made the Top 50 most requested songs for 2003.