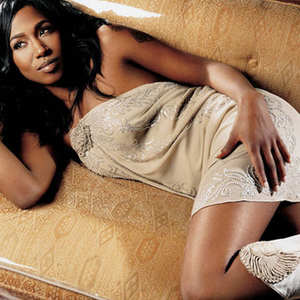 Tweet (born Charlene L. Keys on March 4, 1971) is an American R&B and neo soul singer, songwriter, and guitarist. Tweet was born in Rochester, New York and grew up singing in the church along with her parents and her four older siblings (three brothers, Tom, Cedric and Lonnie, and one sister, Sundra). Tweet mastered the guitar, playing her father's as a young girl. Tweet was inspired not only by her family but also by larger than life divas Janet Jackson, Tina Turner, Aretha Franklin and Whitney Houston (whom she later worked with).

Tweet's first steps into a career in the music industry first began when she enrolled in her local Performing Arts School. In 1990, at the age of 19, Tweet gave birth to her daughter Tashawna. The name came from a mixture of both parents name "T" from Tweet and "shawn" from Shawn, and the addition of two "a"s.
In the early nineties Tweet joined the female quintet Sugah, leaving her daughter with her parents in Panama City, Florida, while Tweet relocated to Virginia. Sugah was comprised of Tweet, Susan Weems, and Rolita and was a part of Devante Swing's Swing Mob collective. While there, she met Timbaland, Magoo, Missy Elliott (who at the time was a part of the Hip-Hop/R&B group Sista), Playa, and Ginuwine who were also all apart of the Swing Mob collective. During her time with Sugah, Tweet formed a close friendship with Elliott.
Around 1999 with Sugah going nowhere, no album to show, and many broken promises, Tweet returned to her parents' home in Panama City penniless and depressed. Tweet fell into deeper depression after a string of bad relationships and a number of jobs, all the while hiding her depression from her family. The depression got so bad she had planned to commit suicide. The day before she was to go through with her fateful decision she received a phone call from an old friend. That friend was Missy Elliott. She was calling to ask if Tweet would contribute background vocals on her latest album Miss E ...So Addictive. Tweet felt she could tell Elliott about her situation and what she was going through. To this day she calls Elliott her "Guardian Angel".

In 2000 Tweet began recording vocals for Elliott's album and was also reunited with her old friends from the Swing Mob days, Timbaland, Magoo, Playa, and Ginuwine. She also recorded vocals for Timbaland & Magoo's follow-up to their platinum selling 1997 debut album Welcome To Our World and Timbaland's solo album Tim's Bio: Life From Da Bassment. In 2001 Elliott released her Platinum selling third album Miss E ...So Addictive with Tweet contributing vocals to five tracks. 2001 also the release of Ja Rule's Pain Is Love, Beat Club Records Bubba Sparxxx's Dark Days, Bright Days, Petey Pablo's Diary Of A Sinner: 1st Entry and Timbaland & Magoo's Indecent Proposal, all of which Tweet contributes vocals. Meanwhile, Tweet was signed to Elliott's record label, through Elektra Entertainment Group, The Goldmind Inc. with the help of an impromptu performance of "Motel" for Violator Management's Mona Scott. Not only was she signed to The Goldmind Inc. but also to Violator Management. With this Tweet began recording her debut album. In November of 2001, Tweet made her debut on the single's charts as a feature artist along with Ginuwine on Elliott's "Take Away", a tribute to Elliott's late friend Aaliyah. Timbaland & Magoo's "All Y'all" featuring Sebastian (Timbaland's younger brother) followed.
n March 2002, Tweet flew onto the charts with her debut solo single "Oops (Oh My)", a risqu? song about self-loving and masturbation. The song was produced by Timbaland and featured guest vocals by Missy Elliott. The single hit #1 on the R&B Charts and #7 on the US Pop Charts, with the help of a Remix featuring Fabolous.

In April, Tweet released her debut album Southern Hummingbird to rave reviews. The album featured production by Craig Brockman, Nisan Stewart, guitarist John "Jubu" Smith, Timbaland (who contributed four tracks) and Tweet herself. It also featured guest vocals by Elliott "Oops (Oh My)", Bilal "Best Friend", BeatClub Record's Ms. Jade "Sexual Healing (Oops Pt. 2)" and featured a bonus new track from Elliott "Big Spender". The album was filled with soul stirring vocals and lyrics taken from Tweet's own life experiences, some of which were at the time written on napkins. The album spwanned another two singles, Timbaland produced "Call Me" and the radio single "Smoking Cigarettes", which had a video shot for it and directed by Little X but was never released. The album reached #3 on the Billboard album charts, behind Murder Inc.'s Ashanti self-titled debut album. That year Tweet appeared as a guest vocalist on Trina's second single from her hit album Diamond Princess. The song was called "No Panties" and was written and produced by Missy Elliott and Nisan Stewart. Tweet also appeared on Meshell Ndegeocello's Cookie: The Anthropological Mixtape, Karen Clark Sheard's 2nd Chance, Ms. Jade's Girl Interrupted, Whitney Houston's Just Whitney... and Elliott's 2x Platinum selling album Under Construction. Tweet appeared on four of the tracks and also made a cameo performance in both videos released from the album, "Work It" and "Gossip Folks". Tweet was nominated for a Soul Train Lady of Soul Award (among others) for Best New Artist but lost out to her rival Ashanti. But that year Tweet was awarded the Key To The City for Rochester, New York. Along with Missy Elliott, Lil' Kim, DMX, Toni Braxton, Queen Latifah, Ananda Lewis, Playa, Jamie Foxx, Lil' Mo, AJ, Free (among others), Tweet appeared in the late Aaliyah's posthumous hit single "Miss You".

With 2003 came more guest vocals appearances, Madonna's American Life The Remixes Single, Monica's After The Storm, Mark Ronson's Here Comes The Fuzz and Angie Stone's Stone Love on the 2004 Grammy nominated song "U-Haul". Tweet turned to acting, having a cameo appearance in the film Honey, directed by music video director Billie Woodruff and starring Jessica Alba, Mekhi Phifer, Lil' Romeo, Joy Bryant and Missy Elliott. Tweet's other acting credits include an episode of the comedy series The Parkers in 2002, in which she performed "Oops (Oh My)" and "Smoking Cigarettes". Tweet also appeared on the Honey Soundtrack on the Missy Elliott produced "Thugman" which sample's The Wu-Tang Clan's "Y'all Been Warned". Tweet also performed the Rodney "Darkchild" Jerkins produced track "Hypnotic" in the film, but it doesn't feature on the soundtrack.

Tweet's third studio album, "Love, Tweet" has had several delays. As of late Summer 2010, Tweet was currently heading to L.A to finish recording the album as confirmed via Twitter on September 14, 2010 also the album may be double disk. The albums' lead single is "Love Again." The album is said to be complete. No official release date is known at this time.