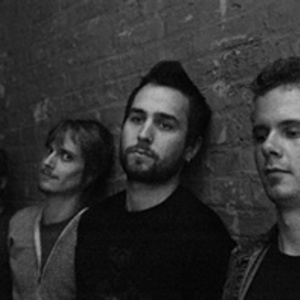 1. Avant, progged out, psych, helicopter grind -- Tusk's aural barrage has been categorized with some random appellations. Truth of the matter is, the more out-there the genre description, the more obvious this fact: It's fucking out there. Amidst surgically precise blasts, frenzied vocals and fret board savagery to make devout fans of all matters of harshness raise a horned-hand salute, youll find a willingness to experiment: sitar, slide guitar, mandolin, swirling keyboard passages.

Basically, they're to bedrooms in Chicago suburbs what Lightning Bolt and Arab on Radar are to Providence, R.I. Get it? No? Try this on for size: It's Discordance Axis by way of Yes "Close to the Edge" or a German-schooled Acme maelstrom played by fans of This Heat and Don Caballero. And a singer who professes his lyrical "chaos bordering on collapse" owes a debt of gratitude to Tom Waits, though he sounds more like a strangled banshee or the Germs' Darby Crash.

Current members are in Pelican (Hydra Head Records) and previously did time in Hinckley, Disembodied and Long Live Nothing.

TUSK is a transdimensional synthwave assassin. TUSK travels across time and space to hunt his targets. TUSK also plays synthwave in Berlin in the early 21st century, in the twilight years before that city's complete annihilation. TUSK is a killer who cannot be killed, the lover who always gets his target, but something is wrong. TUSK is slipping into melancholia.

The album is releasing on Ramin Ton, sometime in the first quarter of 2012.

3. A Japanese Hardcore punk band from the early 90's, they had releases on Overthrow records.

5. ???? is also a solo artist, known mainly as the frontman of Japanese rock band Zi:Kill. He released one single under this name, titled "3SONGS", in 1996.

Tree Of No Return