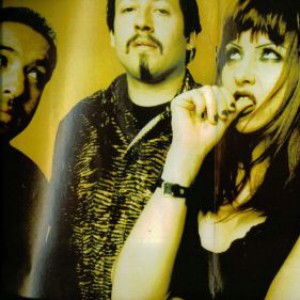 Before the emergence of My Ruin, Tairrie B. was a rebellious Los Angeles tomboy fronting Tura Satana (originally known as Manhole on initial prints of their debut album), a hardcore rap-metal act that took the California underground by storm in the mid-90's. Amidst the other politically-charged bands emerging from that same period (System of a Down, Korn, Rage Against the Machine), Tura Satana's 1996 debut "All is Not Well" placed the one-of-a-kind Miss B.

on the musical map; unlike other albums of that period, this CD features Tairrie rapping and decrying issues which were far too disturbing to be discussed: the lyrics furiously tackle the horrifying realities of rape (Victim), botched abortions (Put Your Head Out), child abuse (Break) and spousal battery (Cycle of Violence). With loud and hammering guitars accompanying her, Tairrie used this CD as her first attempt to purge the tortured memories of her own past; it's a long, personal battle that would continue for the next decade, all the way up to My Ruin's "Prayer Under Pressure" record. Although "All is Not Well" isn't the best album released during Tairrie's career, it certainly isn't the worst either, as it foreshadows what was to come in the near future. "All is Not Well" even includes a raging, punk-like duet between the lovely Miss B. and Snot's Lynn Strait (Down) who unexpectantly died shortly after.

All Is Not Well