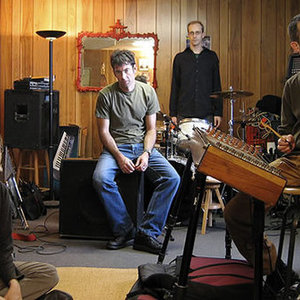 Peter Neff and Erik Grotz formed in the band in early 2001 and quickly built up a catalog of material, inviting friend Jim Thomson on board later that year. Scott Hudgins joined in March of 2002 and they quickly gained prominence in the Richmond, VA music and arts community performing live with bands as diverse as Big Lazy, Smog, TONE and the Centimeters. In 2004 Jim Chandler joined the band, filling out their sound perfectly.

The members of the band have long been skulking about Richmond, playing in various avant-garde projects like The Hard Ride, Aurora Paralysis, Sliang Laos, Hex Machine, Alter-Natives and the Griefbirds. Peter Neff's dulcimer has made appearances on Pan-American and Labradford records.

Their debut, "No Wake", was released to much acclaim, and even landed a spot on late, legendary British DJ John Peel's "best of" list (June 2004).

They recorded a follow up at Altamont Recording in Asheville with Scott Minor (Sparklehorse) producing. Titled "Songs from a Mean Season", the album was released in May 2007. In early 2008 Robert Donne replaced Chandler on bass as they began to work on new material and live performances.

Songs From a Mean Season