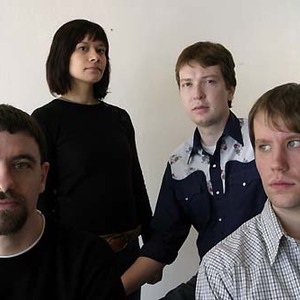 The Winter Blanket began as self-proclaimed students of the open-tuned, fragile compositions of Low, Nick Drake, and Red House Painters with their debut Hopeless Lullaby (2000) and follow-up Actors and Actresses (2002). By the time of their third full-length, Prescription Perils (2004), the sound had simultaneously absorbed outlaw-country and folk-rock elements, leaning more toward traditional song structures.

The band toured a dozen times in support of these records playing alongside Richard Buckner, Magnolia Electric Co, Low, and M. Ward among others. Along the way, the band also released the first and only tribute to the late Fred Neil with Music for Ghosts (2003). In 2006 a full-length album recorded by Brian Deck (Iron and Wine, Modest Mouse) was paired down to a six-song EP called Golden Sun. Containing their most mature recordings to date, Golden Sun combines a mix of 70s fuzz guitars, pedal steel, and keyboard effects with the band's traditional blend of acoustic guitars, brushed drums, and warm bass. These sounds provide a bed for duo male/female vocals that sing snapshots of life, love, and loss in the Midwest.