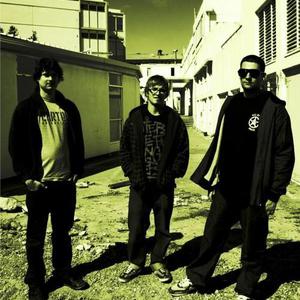 There are six artists that use this name: 1. A New Zealand dubstep duo 2. An American hardcore band 3. A British psychedelic band 4. A Swedish rock band 5. An American rapper 6. Christian gospel VA group Truth(1) Tristan Roake and Andre Fernandez, better known as Truth are a dubstep production duo from Christchurch, New Zealand. They first rose to prominence in 2008 when Mala of Digital Mystikz signed their debut single The Fatman / Stolen Children for his Deep Medi Musik label.

Tristan Roake and Andre Fernandez, better known as Truth are a dubstep production duo from Christchurch, New Zealand. They first rose to prominence in 2008 when Mala of Digital Mystikz signed their debut single The Fatman / Stolen Children for his Deep Medi Musik label. The single was described by Boomkat as "dark and immaculately executed" and was released in early 2009 as Medi13x on 12" vinyl format.

Originally from New Zealand, now based in San Francisco, California Truth have toured extensively including numerous USA tours and three tours of the UK and Europe. They can be found regularly playing in the United States, New Zealand, Australia and Europe.

Truth is a straight edge hardcore band out of Fort Worth, Texas. They play fast, youth crew style, straight forward, positive music. Drawing influence from bands such as Youth of Today, Gorilla Biscuits, BOLD, Side By Side, Chain of Strength,Wide Awake, Unit Pride, Straight Ahead, DYS, Uniform Choice, Alone in a Crowd, Confront, Fastbreak, Ten Yard Fight, In My Eyes, The First Step and many more, they are trying to make a positive impact and leave their mark on the scene.

Although Truth never officially released an LP while they were together, in 1995 a 68-minute CD was salvaged from 1969-70 recordings. Most of them were made for a soundtrack of an obscure film, with three other tracks coming from a Chicago studio session during the brief time in which Ray Elliott was in the band. Perhaps to the surprise of some listeners aware of Truth's Them connections, there's not much of a hard R&B-blues-British Invasion influence. It's far more reminiscent of late-'60s California guitar psychedelia, along the lines of some of the more economic and harmony-driven bands in that style, like Moby Grape and (more distantly) Love.

In this respect, Truth recall Fat Mattress (Noel Redding's group), another act with heavy British Isles roots that took major cues from West Coast harmonized psych, though Truth and Fat Mattress aren't extremely similar. Truth play late-'60s psychedelic rock with a breezy lightness, yet with some guts, anchored by extremely versatile guitar lines by the underrated Jim Armstrong. The songs might not be classic, but they're very pleasant go-with-the-flow period sequences of images, with one vocal (on "Blackboard Words") closely approximating the sound of late-'60s Roger McGuinn. On "Sonic Sitar," the group expands upon the raga-rock explored in the post-Van Morrison Them's best cut, "Square Room," and in fact "Archimed's Pad (Squared Room)" is an impressive instrumental remake of "Square Room" that's an underrated highlight of the whole raga-rock genre, with its hypnotic drawn-out interplay of drones and Indian-influenced guitar melodies. The three songs recorded with Ray Elliott on flute and piano go into jazzier grooves with good effect, adding nice icing to a record that's on the whole better (and certainly more consistent) than either of the late-'60s Them albums on which some of the Truth musicians played.

Truth, a new band from Sweden. All songs are written by guitar-god Sven Cirnski who leaves you breathless. All vocals are done by David Fremberg (of the band Andromeda). The debut album, "Machine", was released in January 2008 on Grooveyard Records.

"During the late '60s, John Roger Breland had a dream of starting a Christian band. His goal was to share the message of the Gospel through music. In June of 1971 Breland's dream became a reality with the formation of the group, Truth, an acronym for "Trust, Receive, Unchangeable, True Happiness" in Jesus. The group performed its first tour with only 15 members. Some were barely out of high school. For the first several years of their existence, the group performed 400 concerts annually and traveled 50 weeks of the year. As Truth became more established, they performed 260 live concerts each year, and spent the rest of the time in recording studios. By the beginning of the 21st century, Truth had 22 members, and had traveled to all 50 American states and 21 different countries. The group had produced almost 60 albums and performed before more than ten million people in over 9,000 concerts. In 2000, Truth was accepted into the Gospel Music Hall of Fame. The Truth Legacy Collection was released in 2001, shortly after the group performed its farewell tour." from Diana Moes VandeHoef, All Music Guide

They have re-grouped for a 40th Annivesary Tour and with a new melody CD of their works. Several hit artists evolved from the TRUTH, such as Avalon, Natilie Grant and others.

From Ashes To Kingdom Come

The Streets Wants Their Music Back