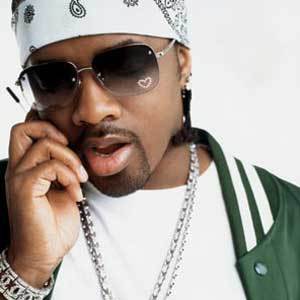 From DG Jermaine Dupri is the founder, President and CEO of his own label, So So Def Records, which has been the home to several artists such as Da Brat, Jagged Edge, and Xscape. Juvenile rap acts such as Kris Kross and Bow Wow have been some of his biggest successes; Dupri earned significant amounts of songwriting royalties by ghostwriting for such acts. In addition, Dupri has pursued a recording career of his own, which has resulted in hits such as "Money Ain't A Thang" (1998, with Jay-Z), "Welcome to Atlanta" (2001...

In addition, Dupri has pursued a recording career of his own, which has resulted in hits such as "Money Ain't A Thang" (1998, with Jay-Z), "Welcome to Atlanta" (2001, with Ludacris) and "Get Your Number" (2005, with Mariah Carey), and "Gotta Getcha" featuring Johnta Austin. He became involved with a dispute between Eminem and Dr. Dre in 2002.

So So Def, a label specializing in Southern hip hop, R&B, and bass music, was originally distributed through Sony Entertainment/Columbia Records. In 2003, Dupri was appointed president of Arista Black Music and moved So So Def and its artists there. In 2004, Dupri was appointed Executive Vice President of Urban Music at Virgin Records and moved So So Def over to Virgin. Meanwhile, Dupri also expanded his business ventures, buying into Chicago-based distillery 3 Vodka and opening his own boutique restaurant, Cafe Dupri.

In 2004 and 2005, Dupri worked with R&B singers Usher and Mariah Carey on their releases, Confessions and The Emancipation of Mimi (the top-selling albums of 2004 and 2005) respectively. He produced some of the biggest hits of those years including "Burn", "Confessions, Pt. 2" and the remix featuring Kanye West, Shyne, and Twista, and "My Boo" with Usher and "It's Like That", "We Belong Together", "Shake It Off", "Get Your Number", and "Don't Forget About Us" with Carey. He produced the hit track "Radio" for young R&B sensation Jarvis, but didn't release the album because his label was in transition with the distributor. He has also scored hit singles with J-Kwon ("Tipsy"), Dem Franchize Boyz and many more. He also worked with St. Louis rappers, Nelly, Chingy, & St. Lunatics.

Dupri's 2005 single, "Gotta Getcha" featuring Johnta Austin, is featured on the July 2005 release Jermaine Dupri presents...Young, Fly & Flashy, Vol. 1. The album is a compilation of tracks produced by and featuring Jermaine Dupri. So far, "Gotta Getcha" has peaked at #60 on the U.S. Billboard Hot 100 singles chart. The controversial music video for the song features his girlfriend, singer Janet Jackson, in a x-rated peep show club. Dupri is also working with Jackson on her new album titled 20 Years Old, scheduled to be released in September, 2006.

Dupri continues to produce and deliver guest appearances for today's hottest artists. He has worked from many of the major artists ranging all the way from Jay-Z ("Money Ain't A Thang"), Ludacris ("Welcome To Atlanta") to Warren G ("Havin' Thangs"). His current roster as of April 2006 includes Young Capone, Dem Franchize Boyz, Da Kid Slim, Daz (aka Daz Dillinger & Dat Nigga Daz), T. Waters, and Johnta Austin. He plans on dropping Daz's album, tentatively titled "So So Gangsta," late in 2006. Daz's album is to include production by Dupri, Scott Storch and Daz.