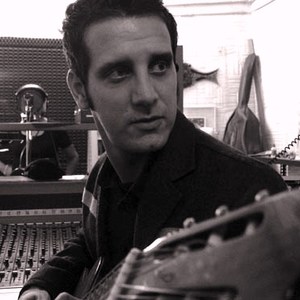 Tomaz di Cunto aka Toco was born in San Paulo and started playing guitar when he was a young boy. While studying Science Of Communication at the Faap University of Sao Paulo, he worked for a TV program called ?Ensaio? dedicated to Brazilian music. The director of this show is Fernando Faro, who introduced him to artists such as Chico Buarque, Caetano Veloso and more. In '99 Toco left the TV program and started to follow some musical productions. Later that year, he decided to move to Italy, where he met Adi Souza, an artist who worked as vocalist with Vinicius de Moraes and Toquinho.

Through her, he met Stefano Tirone, aka S-Tone Inc., and they decided to work together. After producing a few tracks, they decided to propose them to Schema Records. The first release was Instalacao Do Samba which also has two drum'n'bass versions. 2007 sees the release of his very much anticipated new album: Outro Lugar. A more mature and classic production, yet clearly influence by contemporary sounds.