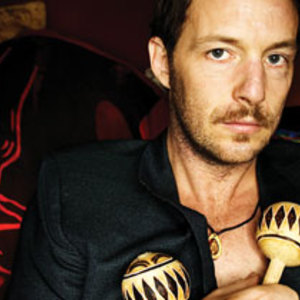 Apostle of Hustle is the creation of Andrew Whiteman. Whiteman is a Canadian musician and songwriter from Toronto, Ontario. After a series of groups and musical projects he had during the 90s, Andrew was invited by Leslie Feist to collaborate with herself and what was then essentially the core of Broken Social Scene -- Brendan Canning, Kevin Drew and Justin Peroff. The chemistry was successful and Whiteman became one of the band's four members to consistently appear in every tour.

Since his affiliation with the record label Arts&Crafts, Andrew Whiteman began his side project, Apostle of Hustle, inspired by various literary philosophical classics and world music -- particuarly that of Cuba. The band's first album, Folkloric Feel, is an eclectic but stunning display of vision and original sound. The band's follow-up LP was National Anthem of Nowhere, released in February of 2007. Their third album, Eats Darkness, was released on May 19th, 2009.