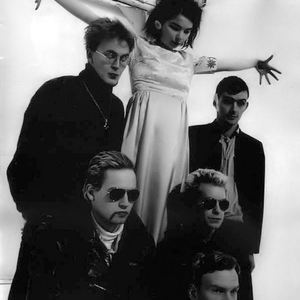 They received critical and popular acclaim internationally. They first came to notice in the UK when BBC radio DJ John Peel played "Birthday", later voted by his listeners as no.1 in the 1987 Festive Fifty, and no. 23 in the Millennium (All Time Chart). The band's music was characterized by psychedelic sound, whimsical yet heartfelt lyrics, and the imploring, girlish voice of Bj&ouml;rk Gu&eth;mundsd&oacute;ttir, who later went on to great success as a solo artist. The band's name was assumed by its fans to be an LSD usage reference; the drug had regained widespread popularity while the band was releasing music.

The Sugarcubes released their first album, Life's Too Good, in April 1988. Inspired by the success of the album in Europe, their second album followed shortly after in October 1989. Here Today, Tomorrow, Next Week! took it's name from the Kenneth Grahame novel Wind in the Willows. It was also released in an Icelandic version titled Illur Arfur. The second album wasn't as well received by critics as their debut.

The third and final studio album by the band, Stick Around For Joy, was released in 1992, and featured the successful single Hit which reached No: 17 in the UK charts.
While not as successful as Bj?rk's solo career would be, the band is still very highly regarded and was the most influential Icelandic group until the rise of Sigur R&oacute;s.

The Sugarcubes dissolved in 1992 as different members of the band had realised they all had different ambitions; instead of risking their friendship, the band went on an indefinite hiatus. They remain friends to this day and are all still involved in the management of smekkleysa/Bad Taste (not to be confused with the Swedish label of the same name).

On November 17 2006, the band had a one-off reunion concert at Laugardalsh?ll sport arena in Reykjav?k, iceland, to celebrate the 20th anniversary of their debut single with all profits going to the non-profit Smekkleysa SM to promote Icelandic music. They were supported by fellow Icelandic groups m&uacute;m and Rass. Despite this reunion, the group has expressed that it has no intention to play future shows or record new material.

Stick Around For Joy