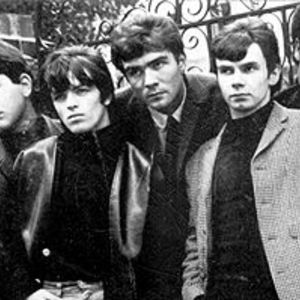 The Sorrows are considered perhaps to be the archetypal "Freakbeat" band. Formed in 1963 in Coventry, England, they released their first album "Take a Heart" in 1965 on the Piccadilly Records label which was a subsidiary of Pye Records. The Sorrows were at the time the hardest, most aggressive and contemporary R&B band of that time, although later this brand of music was eventually termed "Freakbeat".

The Sorrows were so edgy and raw they simply made The Rolling Stones seem like easy listening music. Their hallmarks are boomy, raucous vocals, lightning fast guitar solos and frantic thudding drums. The musicianship is excellent yet the band failed to achieve too much success probably due to the fact that their brand of proto-punk rock and roll, was simply too ahead of its time.
After receiving some minor chart positions on the UK Singles Chart, Phil Packham and Don Fardon left the band. Fardon then went on to have a UK chart hit with "Indian Reservation". Wez Price took Phil Packam's place on bass guitar, whilst Roger Lomas became lead guitarist and Pip Whitcher focused on vocals. The band relocated to Italy and received minor success. Following the band's break-up Whitcher and Lomas went on to record at Air Studios under Mike Sullivan.

Lomas in the early 1980s became a record producer for his own company, ROLO productions, and produced 1980s ska bands such as Bad Manners.

One of the most overlooked bands of the British Invasion, the Sorrows offered a tough brand of R&B-infused rock that recalled the Pretty Things (though not as R&B-oriented) and the Kinks (though not as pop-oriented). Their biggest British hit, "Take a Heart," stopped just outside the U.K. Top 20; several other fine mid-'60s singles met with either slim or a total lack of success. With the rich, gritty vocals of Don Fardon, taut raunchy guitars, and good material (both self-penned and from outside writers), they rank as one of the better British bands of their era, and certainly among the very best never to achieve success of any kind in the U.S. After their sole LP (also titled Take a Heart), they issued a couple of singles with psychedelic and Dylanesque overtones, and had somehow relocated to Italy in the late '60s, where they played out their string with material in a much more progressive (and less distinctive) vein. Don Fardon had a Top 20 hit in America with a pre-Raiders version of "Indian Reservation" in 1968.