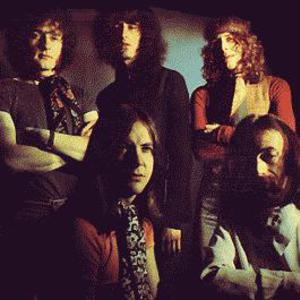 The Electric Banana was an alias used by British rockers The Pretty Things beginning in the '60s and throughout the '70s, comprised of members Phil May (vocals), Dick Taylor (lead guitar), Wally Waller (bass), and John Povey (drums). In an effort to make some quick money, the group contributed music to a variety of low-budget films, one such title being The Haunted House of Horror. The Electric Banana issued several obscure albums (all long out-of-print and extremely hard to find) -- 1967's self-titled debut, 1968's More Electric Banana, 1969's Even More Electric Banana, and 1970's Hot Licks.

The Return Of The Electric Banana (Vinyl)